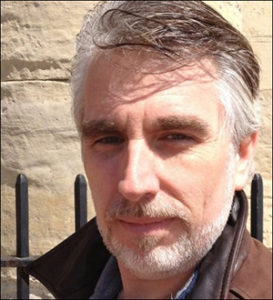 About Mightier Than The Sword Consulting

Mightier Than The Sword Consulting owner and principal consultant Patrick Dorsey applies his twenty years of skill and experience as a business and technical communicator to every project he takes on. As a contributor and manager, he has produced materials for large and small companies across a range of diverse industries that include IT, utilities, manufacturing, and government.

Whether training, reference, quality assurance, or marketing materials, he has designed print and online products for technical and non-technical audiences, internal and external users, and prospects. In addition to writing, he also handles graphics, layout, and design. He’s proficient with a variety of tools, including Word, Visio, PowerPoint, Acrobat, RoboHelp, Dreamweaver, Fusion, Corel Draw, and Corel Photo-Paint, and he picks up new tools quickly.

Mightier Than The Sword Consulting services are available in three distinct categories: Blueprinting™ for knowledge capture, process documentation, and business communication, Write the Winning Proposal for RFP writing and management, and Corona Creative for book development assistance for authors and publishers. Pat’s available for part-time and full-time telecommuting consulting work, as well as on-site work in the St. Louis area. You can view his professional profile on LinkedIn or check out samples of his work at his portfolio. Follow him on Facebook or Twitter, or contact him here.

So, why Mightier Than The Sword?

It's an adage most everyone has heard:

The pen is mightier than the sword.

Coined by author Edward Bulwer-Lytton in his 1839 play Richelieu; Or, The Conspiracy, it's been repeated and appropriated and parodied to the point of cliché. Though not original to Bulwer-Lytton, it's a truth that's been expressed at least as far back as Euripides ("The tongue is mightier than the blade.") and the New Testament ("Indeed, the word of God is living and effective, sharper than any two-edged sword . . ." ) on through Shakespeare ( ". . . many wearing rapiers are afraid of goosequills.") and Napoleon ("Four hostile newspapers are more to be feared than a thousand bayonets.") and even reflected in my own motto, Words alone change minds and hearts™. Its essential truth is simple: communication is far more effective than aggression in generating results.

Given the truth Bulwer-Lytton expressed, it’s certainly a great phrase for a writer/communicator to go by. But it runs deeper for me. One summer in college, I signed up for a Fencing class. Growing up on The Mark of Zorro, The Three Musketeers, Star Wars, and the films of Errol Flynn, learning how to actually, really use a sword drew me the way no other sport had before and sent me on a path I’m still on, over the years training and teaching in arts that have included not just Fencing but Kendo, Iaido, and others.

So the point where I learned the sword coincided with the point where I understood I wanted to write. Conversations with words and blades, phrases and reactions, ripostes verbal and physical—all came together for me as I studied writing and swordwork at the same time.

As much as my sword training has polished me, between the two, I do believe words are stronger. They can shape the world more elegantly and effectively than the sword. Words form ideas and initiate change in a way that’s impossible for the weapon.

But of course, the good part for me is: When backed into a corner, if words don’t work, I still have the sword thing going for me.